Delta’s new Premium Economy: Is it worth it? 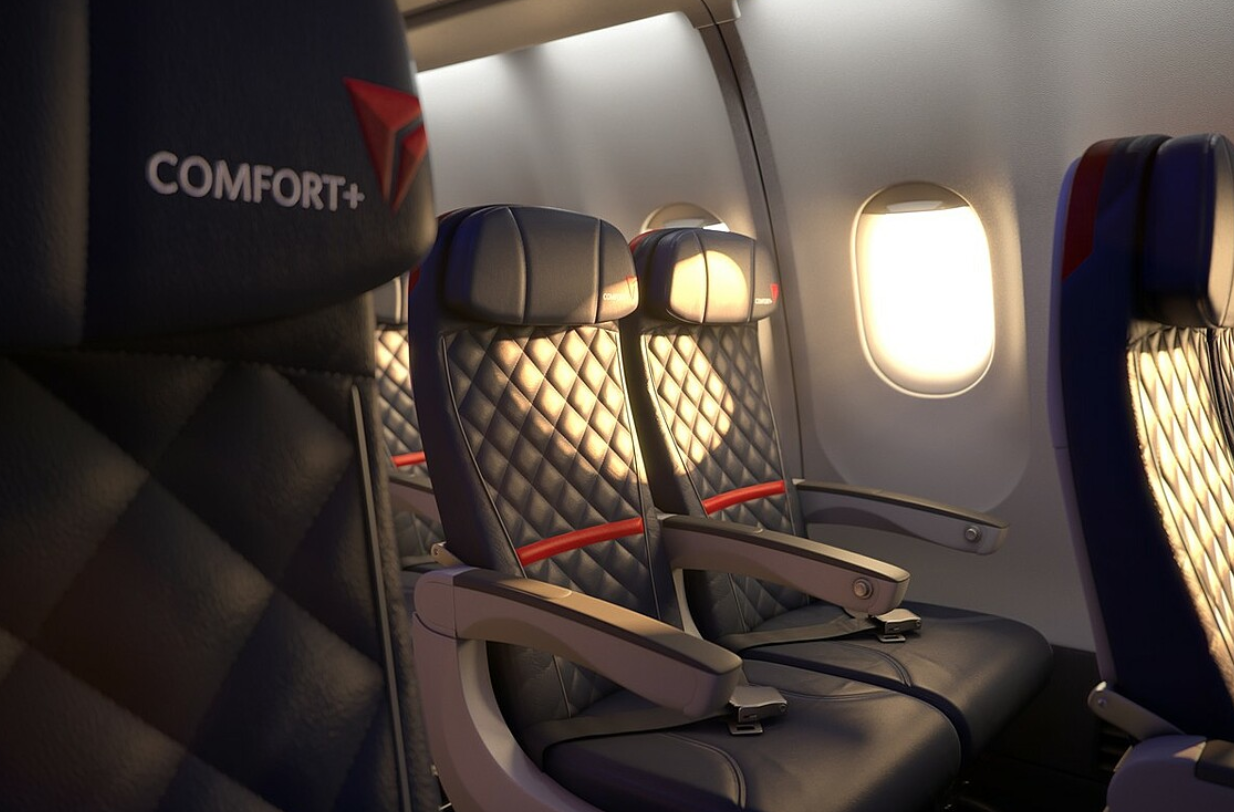 Delta Airlines has announced that it will introduce Premium Economy on international flights, starting in spring 2017. This new class of service offers benefits such as in flight wireless connections, better meals and amenities that can extend to priority boarding, wider seats, more leg room, flexible change and cancellation policies, free checked bags, and free snacks and beverages.

Leveled between Business and Economy Class, Premium Economy is a separate class of seating and service from standard Economy, which provides additional comfort and amenities. First adopted by British Airlines in the 1990’s, Premium Economy is currently offered by mostly European airlines, who’s offerings we explained and compared on a previous post. Many airlines offer a service where they simply offer more legroom, called Economy Plus on United, Economy Comfort on Delta, and Main Cabin Extra on American. Delta is the second US airline to announce these new cabins, after American Airlines earlier this year, who’s Premium Economy cabin is set to launch in late 2016.

This can be the cause of some confusion due to the similarity of the names, but these additional legroom services can be purchased simply by paying an additional fee when you choose your seats. Premium Economy is a completely different flight class, with a third separated cabin inside the aircraft, differentiated onboard and airport services. Premium Economy seats must be selected at the time of purchase, because it implicates an entirely different class of service, therefore they must be booked as such.

Delta previously offered Economy Comfort on its domestic and international flights, which it has since upgraded to Comfort +. The airline is now making its Comfort+ product a class of its own and selling it as such, which will translate into Comfort+ on domestic flights and once launched, Premium Economy on international flights. Check out the breakdown below:

To those employees whose company’s travel policies prohibit them from traveling Business Class, Premium Economy provides an alternative option to travel more comfortably without falling out of policy. Delta will roll out its Premium Economy starting with its Airbus 350, followed by its 777 fleet, A330=200’s and 767-400.

Introducing: The Largest Airline in South America
5 Ways your Company’s Travel Dollars are Being Wasted